With DIVIS, there's no need to adapt your existing distribution. Instead, DIVIS will adapt to it. 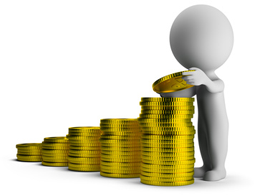 DIVIS incorporates a simple modular design to make compiling your distributions quick, safe and transparent. There are no limits on flexibility and parallelism. We've even considered special cases such as student discounts, accruals, First Class divisions and interdependent distributions.

DIVIS calculates on a periodic basis, with all revenues being recorded for your billing period. Subsequent recording of previous billing periods is also possible.

Sales commissions can either be recorded directly or calculated automatically according to pre-set commission rates. They are then charged to network partners with the help of distribution models. Weighting according to quantity and turnover is also possible.

Public institution contributions and network costs can be recorded with the help of distribution models and then redistributed among network partners.